Apple have been releasing the most eagerly anticipated products ever since they brought out their first iPod in 2001. Although they were already an established computer-making brand, the iPod is what propelled them to becoming the technological juggernaut that they are today. For nearly 20 years they have been releasing products to great fanfare, with people lining up outside stores for days to be the first to get their hands on the latest Apple gadget. Apple are constantly trying to improve what they’ve already got, so here are their newest gadgets that do just that.

Many people believe that the best sound quality from headphones comes from over-the-ear sets. They are designed to reduce the noise of the outside world, allowing you to focus on only what you are listening to. Apple have been known for making in-ear headphones for a while, but they are finally branching out and are set to release over-the-ear sets by late 2018 or early 2019. For the fans of Apple who have had purchase other brands to get great sound quality with the comfort of over-the-ear headphones, the wait is over, and you’ll be able to keep your gadgetry exclusively Apple! Apple already acquired the audio company Beats, but now they are set to bring out some high-end headphones of their own.

Amazon’s Echo and Google Home smart speakers have found huge success over the past couple of years. These smart speakers are placed in our homes and respond to voice commands, allowing us to change the lighting, play our favorite music, or even buy groceries just by interacting with them. Keen to get a share of that smart home technology, Apple manufactured their own device, the Home Pod. Although their first foray into the smart speaker industry hasn’t set the world alight, they are trying to do better and will be releasing an updated version of the HomePod in 2019. Apple, as always, are focused on quality and they have decided to make the speaker twice as good in the upcoming version, hoping to tempt people away from their Amazon Echo and Google Home smart speakers.

When Apple first released their AirPods in 2016 they had a mixed reception, many people thought they were great, (no more tangled cords!) while others were yet to be convinced by them. Cut to two years later, and the AirPods are still not quite the most desired Apple product, but that could be set to change with the latest version of the in-ear headphones. Set for release in 2019, the new version of the AirPods will be noise canceling and will also be waterproof. Apple have listened to what their customers want from the AirPods and have done their best to deliver. They are also expected to have a greater Bluetooth range and could be set to sync with the Apple Watch better, including monitoring heart rate. If you are tired of them running out of battery, then you might enjoy the fact that Apple are expected to release a new charging case for the AirPods to make sure they get plenty of juice when you are not using them. 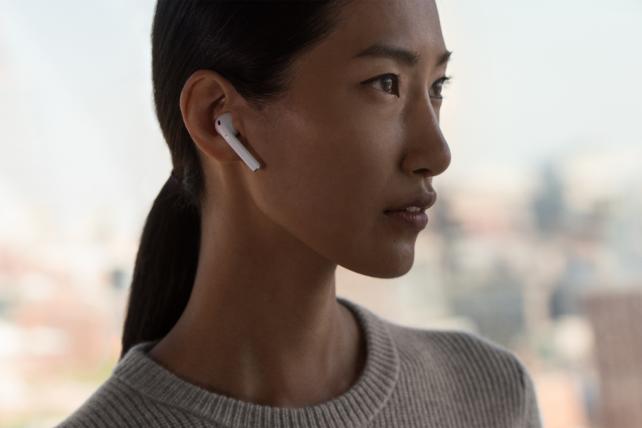 Apple is a company that likes to focus on quality and their new products coming out soon are doing just that. They have identified what customers want to be improved in their products and are doing what they can to make sure they deliver on their customer’s demands. Are you an Apple fan? You can expect to get these new gadgets from your favorite tech company over the next 12 months or so.

Which smartphones have the best battery power?

In a world where more than 2.5 billion of us own smartphones, staying online has now become more ...

There is not one definitive factor that makes a movie great; instead it is a combination of a load ...